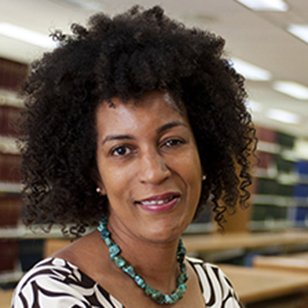 A nationally recognized scholar in the area of policing and hate crime, Professor Jeannine Bell has written extensively on criminal justice issues. Bell’s research is broadly interdisciplinary, touching on both political science and law, and relying on her empirical expertise. Her most recent book, Hate Thy Neighbor: Move-in Violence and the Persistence of Racial Segregation in American Housing (NYU Press, 2013), uses heartbreaking stories to show that “despite professions of tolerance, whites continue to patrol racial borders” (American Journal of Sociology). Her first book, Policing Hatred: Law Enforcement, Civil Rights, and Hate Crime (New York University Press 2002), an ethnography of a big city police hate crime unit, provides a detailed look at criminal investigation of and treatment of minorities by police. Bell also edited Police and Policing Law (Ashgate 2006), a collection she assembled exploring socio-legal scholarship on the police. In addition, drawing on her empirical expertise, she co-authored Gaining Access: A Practical and Theoretical Guide for Qualitative Researchers (AltaMira Press 2003). Bell’s research and writings have received national media attention, in outlets including ProPublica, The New York Times, and USA Today.

Professor Bell joined the IU Maurer School of Law in 1999, where she teaches in the areas of criminal law and procedure. She was appointed Richard S. Melvin Professor of Law in 2015. In 2018, she was honored with the Leon H. Wallace Teaching Award, the highest teaching award bestowed upon a faculty member. From 2005-2006, Bell served as an American Bar Foundation Visiting Scholar.

Bell is active in a number of national organizations, including the Law and Society Association, of which she has served as trustee and treasurer. She served as co-editor of the Law & Society Review from 2016-2019. Bell also was a member of the American Political Association's Presidential Taskforce on Political Violence and Terrorism from 2004-2008. In 2019, she was elected to membership in the American Law Institute.