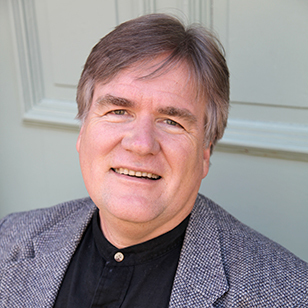 Professor Geyh teaches and writes in the areas of judicial conduct, ethics, procedure, independence, accountability and administration. He is the author of Who Is to Judge: Judicial Elections, Judicial Appointments, and the Perennial Debate Over Judicial Selection in America (Oxford University Press 2019); Courting Peril: The Political Transformation of the American Judiciary (Oxford University Press, 2015); When Courts and Congress Collide: The Struggle for Control of America's Judicial System (University of Michigan Press 2006) and Disqualification: An Analysis Under Federal Law (2d ed. Federal Judicial Center 2011). In addition, he is coauthor of Judicial Conduct and Ethics (5th ed., Lexis Law Publishing 2013) (with Alfini, Lubet and Shaman); and Understanding Civil Procedure (5th ed. 2013) (with Shreve and Raven-Hansen); and editor of What's Law Got to Do With it? What Judges Do, Why They Do It, and What's at Stake (Stanford University Press 2011). His scholarship has appeared in over 70 books, articles, book chapters, reports and other publications.

Geyh received his B.A. in political science from the University of Wisconsin in 1980 and graduated from the University of Wisconsin law school in 1983, after which he clerked for the Honorable Thomas A. Clark on the United States Court of Appeals for the Eleventh Circuit, worked as an associate at the Washington D.C. law firm of Covington & Burling, and served as counsel to the United States House of Representatives Committee on the Judiciary, before beginning his teaching career in 1991. He joined the faculty at Indiana University in 1999, has served as the law school’s associate dean for research, and is the recipient of three faculty fellowships, three Trustees' Teaching Awards, and the Leon Wallace Teaching Award.

In 2016, Geyh was named an Andrew Carnegie Fellow, the recipient of a grant from the Carnegie Corporation to research and write his most recent book. Also in 2019, Indiana University named Geyh a Distinguished Professor, its most prestigious academic appointment.