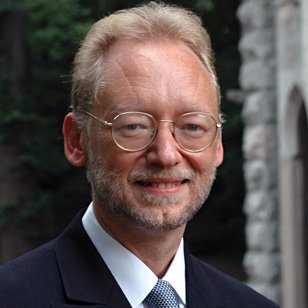 David C. Williams graduated magna cum laude from Harvard University, where he served on the Board of Editors for the Harvard Law Review. He is a popular lecturer on Native American people and on the Second Amendment. Winner of the Wallace Teaching Award and the Leonard D. Fromm Public Interest Faculty Award, Williams teaches constitutional law and Native American law. Williams has taught at the University of Paris and lectured around the world. He was a member of the faculty of law at the University of Cambridge and a fellow at that university's Wolfson College. He was also a fellow at the European University Institute in Fiesole.

A noted constitutional law scholar, Williams has written widely on constitutional design, Native American law, the constitutional treatment of difference, and the relationship between constitutionalism and political violence. He is the author of The Mythic Meanings of the Second Amendment: Taming Political Violence in a Constitutional Republic (Yale University Press, 2003). He is also co-editor and primary author of Designing Federalism in Burma (UNLD Press 2005), which is widely read in the Burma democracy movement.

As Executive Director of the Center for Constitutional Democracy, Williams consults with a number of reform movements abroad. He advises many elements of the Burma democracy movement on the constitutional future of that country. He is a consultant to the government of Liberia on its constitutional revision process and has helped to write Liberia's law reform and anti-corruption statutes. He is also the primary author of the first treatise on the meaning of the Liberian constitution (forthcoming). More recently, he has become a constitutional advisor to the Democratic Party of Vietnam to help the party find ways to work with the government of Vietnam for peaceful reform.