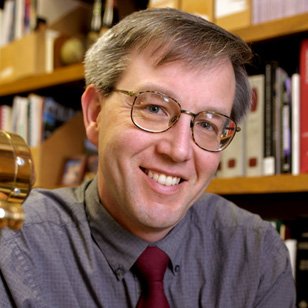 Appointed to his position at the Jerome Hall Law Library in 1988, Michael Maben supervised the completion of the retrospective conversion project, which created electronic records for all the library’s holdings. Since the implementation of the online catalog, he has continued in the technical services department overseeing cataloging and cataloging projects. From 2008 to the present, he has supervised the digitization and maintenance of the Brevier Legislative Reports, a verbatim transcription of the Indiana General Assembly’s proceedings from 1858 to 1887.

Active on committees both locally and nationally, he has served on the Bloomington Library Faculty Council, the Indiana University Library Faculty Council, and from 1993 to 1994 as chair of the Promotion and Tenure Committee for the University Library System. He has served on and chaired numerous national committees with the American Association of Law Libraries (AALL). He was the secretary/treasurer of the Online Bibliographic Services Special Interest Section of AALL from 2003 to 2005, and chair from 2008 to 2009. He was a column editor for the American Association of Law Libraries Newsletter from 1993 to 1996, and since 2013, he has been the editor-in-chief of the Technical Services Law Librarian. He has written and spoken in the areas of legal history and the cataloging and digitization of legal materials.