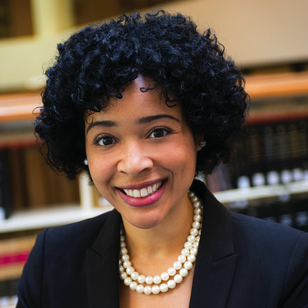 Jessica M. Eaglin joined the Maurer School of Law in 2015 after several years of experience in private practice and as a judicial clerk. She served as counsel in the Justice Program at the Brennan Center for Justice at New York University School of Law and clerked for Hon. Damon J. Keith of the Sixth Circuit Court of Appeals. She was also a litigation associate at Simpson Thacher & Bartlett LLP in New York City. She is an expert in criminal law, evidence, and federal sentencing law.