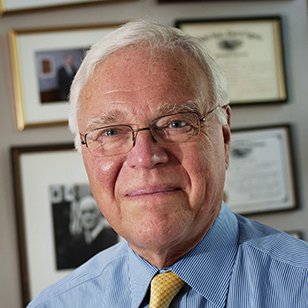 Professor Aman came to Indiana Law as dean in 1991 and served in that capacity until 2002. Previously, he served for nearly 15 years on faculty at the Cornell Law School and was director of its International Legal Studies program from 1988-91. An internationally known scholar and lecturer, Professor Aman held a distinguished Fulbright chair and taught comparative administrative law at the University of Trento in Italy in March 1998. He has been a resident fellow at the Rockefeller Foundation's Conference Center in Bellagio, as well as twice being a visiting fellow at Wolfson College, Cambridge. In 1998 he was named the Roscoe C. O'Byrne Professor of Law. He was appointed emeritus professor in 2020.

Professor Aman was elected as an alumni trustee of the University of Rochester in 1979 and continues to serve on the Board as a Life Trustee. He is the author of seven books and numerous articles on administrative, regulatory, and deregulatory law, especially as it relates to the global economy. He is the faculty editor of the Indiana Journal of Global Legal Studies, an interdisciplinary, peer-reviewed journal he helped create.