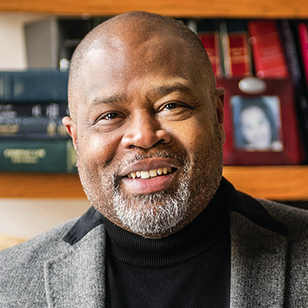 Professor Brown was the director of the Hudson & Holland Scholars Programs from August 2004 to August 2008. He has also been on the faculty of the law school since 1987. Brown is a 1978 graduate with distinction from the Kelley School of Business, where he majored in accounting. He graduated from Yale Law School in 1982. After law school, he spent four and a half years working as an associate attorney for the Indianapolis law firm of Baker & Daniels.

Brown has published nearly sixty articles or comments on issues related to race, law and education. In 2005 his book, Race, Law and Education in the Post Desegregation Era, was published by Carolina Academic Press. His current book, Because of Our Success: The Changing Racial and Ethnic Ancestry of Blacks on Affirmative Action was published in November of 2014 by Carolina Academic Press. Brown has one of the original participants and founders of both the Critical Race Theory Workshop and the People of Color Conference. Brown has also spoken on issues of race, law and education on over 100 occasions, including at the annual Convention of the NAACP, the Congressional Black Caucus Braintrust Meetings, the National Bar Association, the American Bar Association and the Justices of the Indiana Supreme Court, and at several leading law schools including Harvard, NYU, Virginia, Duke, Cornell, Northwestern, UCLA and Texas.

Brown is also the founder of the Indiana University Maurer School of Law Summer in Southern Africa Program, which sent a dozen law students to spend a month in Soweto, Maputo, or Western Kenya from 1998 to 2001.  He is also the founder of the Hudson & Holland Summer in Ghana Program. This program has sent almost 200 Indiana University — Bloomington students on a four week journey through the Republic of Ghana since its inception in 2002.