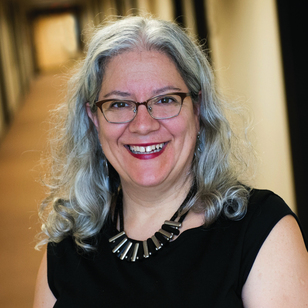 Professor Orenstein writes and teaches in the area of evidence. Her scholarly interests concern the intersection of evidence law and culture, and she is currently writing about jurors’ emotions and how the emotion of regret can justify rules excluding character evidence.

Orenstein also teaches Civil Procedure and, occasionally, Family Law, Legal Profession, and Children and the Law. For the past three years, she has taught American evidence law in China. On her recent sabbatical she studied Bible, Talmud, and Jewish law as a visiting second-year student in the Hebrew College Rabbinical School in Newton, MA. Her Aramaic is much improved and her appreciation for the cultural aspects of legal interpretation has deepened.

In 2000-2001, Orenstein directed the Child Advocacy Clinic, supervising law students who serve as guardians ad litem for children in contested-custody cases. She has served as a court-appointed special advocate for abused and neglected children and currently performs pro bono work in the local juvenile court. In 2004-2005, Orenstein was a fellow at the Poynter Center for the Study of Ethics and American Institutions, where she participated in a seminar on "The Ethics and Politics of Childhood."

Orenstein founded and supervises an Outreach for Legal Literacy, a program through which law students teach constitutional law and civics to local fifth-graders. She has written and produced a number of plays on legal and ethical questions used for the professional development of law students and the local bar. Orenstein was a humor columnist for the Bloomington Herald-Times and still runs into folks who have put laminated copies of her essays on their refrigerator.  No one does this with her scholarship.  In 2016, her debut novel, Fat Chance, was published to little acclaim but much personal delight. Orenstein is the mother of three grown sons.  She was named associate dean for academic affairs in 2017, and she served as interim director of the Career Services Office during 2017-18 before being named associate dean for students and academic affairs in May 2018.